Our Youth Leaders guide NMCAN’s policy work. Members work to engage peers and the community in systems and policy change. 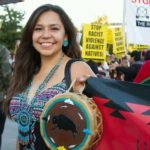 Ya’at’eeh! Hope is a young Indigenous woman of color from the Diné Nation Reservation. She identifies as Queer, Latina, and is a part of the Mescalero Apache and Comanche Nations. Hope has experienced homelessness for approximately 12 years out of the 21 years she has lived. Most of those years, she also survived sexual violence, domestic violence, and other various traumatic experiences. Currently, she is a student at the University of New Mexico, in her senior year double major in Intercultural Communication and Native American Studies with a minor in Peace Studies. She serves as a catalyst for change and is exceptionally active in her community. Hope has held an officer position in UNM KiVA Club for the past three years and is currently a lead organizer with the Red Nation. She serves as a voice for the land that is being violated by fracking, drilling, mining and other forms of environmental racism. For her people, she understands that what happens to mother earth happens to the woman and feminine beings of this earth. Hope has background experience organizing in farm work, juvenile justice reform, restorative justice, behavioral health advocacy as well as foster care advocacy at the local and state level for more than four years. She hopes to pursue a higher education degree in becoming a Grassroots Community Organizer, Educator, and/or Tribal Attorney with the overall goal of working in her tribe to use their sovereignty and self determination to create better cultural competence, health care, education, employment opportunities for a more equitable environment for her people, and more broadly, for all people and our nonhuman relatives. Ahe’hee 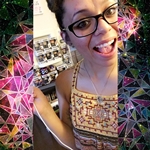 Rochelle spent two and a half years in foster care and has spent more than nine years advocating for positive change in the state’s child welfare system. She is a Youth Leader with NMCAN and a former member of LUVYA. In 2015, she committed her time and expertise to formulate the state’s Prudent Parenting Standard and policies to support normalizing the foster care experience. Rochelle participated in the 2016 National Youth Leadership Institute led by the Jim Casey Youth Opportunities Initiative and Annie E. Casey Foundation. She is an effective public speaker who has participated in several youth panels and conferences addressing child welfare issues. Rochelle is passionate about maintaining sibling connections and achieving permanency for foster youth and is concerned that the number of available foster homes is insufficient. She is currently going to school to become a barber to help people look their best selves.

Micaela is a 23 year old mother of two. She is a Youth Leader with NMCAN where she successfully advocated for the first foster youth employer tax credit in the country, extension of foster care, and the required rewarding of partial credits for work completed in previous schools. She has also participated in advocacy against sex trafficking.  She has presented on panels about youth engagement in legislative advocacy, needs of young parents, youth in court, education and employment for foster youth, and how systems can better serve youth. Micaela was unsheltered for three years and lived in shelters in Albuquerque, Santa Fe, and Taos. From ages six to 11, she had violent experiences in foster care and was adopted at the age of 11, but ended up back in care and aged out of the system. Micaela hopes to share her voice and make a difference in the world.

Andrew spent five years in foster care and has served as a youth advocate since 2016. He is the former president of Leaders Uniting Voices, Youth Advocates of New Mexico (LUVYA) and has been involved with NMCAN since 2015. Andrew is passionate about advocating for improving the foster care system, particularly around sibling rights and the implementation of a grievance process for young people in care. He is a youth engagement trainer, training adult professionals how to positively engage with young people, and a participant in Making Connections: International District, part of Young Men of Color. In his spare time, he enjoys hiking, yoga, meditation, reading, watching WWE, and going to concerts. His ultimate goal is to “change society for the better and to improve the foster care system”.

Krystal spent one year in foster care and has served as a youth advocate since aging out of care. She has been a Jim Casey Youth Opportunities Initiative Young Fellows since 2013. Krystal enjoys being an advocate because she wants younger youth to know that they can stand up for themselves and make a difference. During the 2014 legislative session, she served as an expert witness providing critical testimony in favor of the tuition waiver for foster youth. Krystal has shared her experience and expertise on multiple episodes of PBS’s Public Square and New Mexico In Focus. In her spare time, she savors “tedious” things like crocheting and coloring. She also enjoys volunteering with her church and participating in community theatre. Krystal graduated from UNM with a Bachelor of Science in Psychology and is now working at an organization the focuses on children’s mental health.

Marco spent over two years in foster care and has served as a youth advocate for more than nine years. He loves being an advocate because he believes that in order to create change in the world everyone’s voice should be heard. He also enjoys it because it allows him to meet new people and to witness people coming together as one. In 2015, Marco served as a youth consultant to the collaborative workgroup that successfully created the New Mexico Prudent Parenting Standard and policies that support young people having normalized experiences while in foster care.  He is a Youth Leader with NMCAN and in 2017 he became a Young Fellow with the Jim Casey Youth Opportunities Initiative. Marco’s ultimate goal is to bring people together to create change, peace, and more love in this world. 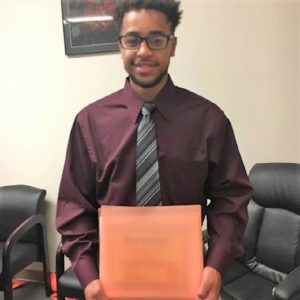 DeAngelo is a Youth Leader with NMCAN, where he helps advocate for youth that have been exposed to the foster care system, juvenile justice system, and experienced homelessness. DeAngelo was involved with CYFD, as he spent nearly eight years in the juvenile justice system since the age of 13. Because of the extended amount of time that he spent growing up, learning, and developing in correctional facilities all across New Mexico, DeAngelo hopes to use his experience in the system to provide youth with a focal point to guide them through their journey of adolescence so that they may shape themselves into successful adults. 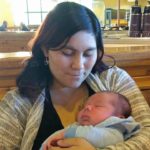 Alyssa spent a total of 12 years in foster care. She was adopted for five years, but ended up back in care and aged out. Alyssa is now a new mother and is in college and working at Pegasus Legal Services for Children. She is vice president of Leaders Uniting Voices, Youth Advocates (LUVYA) and works with many other organizations. Having been published eight times for her poetry, Alyssa hopes to someday publish a book. She is a born leader and hopes to do much more in the future.

Margie is a 20 year old Hispanic woman from Albuquerque, NM.  She spent most of her teen years living in the south valley of Albuquerque. She spent a short period of time in the foster care system where she was placed in group care settings all over the state until she aged out at the end of 2016. She obtained her GED the following year, but she couldn’t stop thinking about other youth who feel unwanted by the system or kicked out before they even turn 18. After realizing that youth voice can invoke change, Margie decided to speak out to help young people who find themselves where she was. She also believes equity is possible through communication and collaboration. 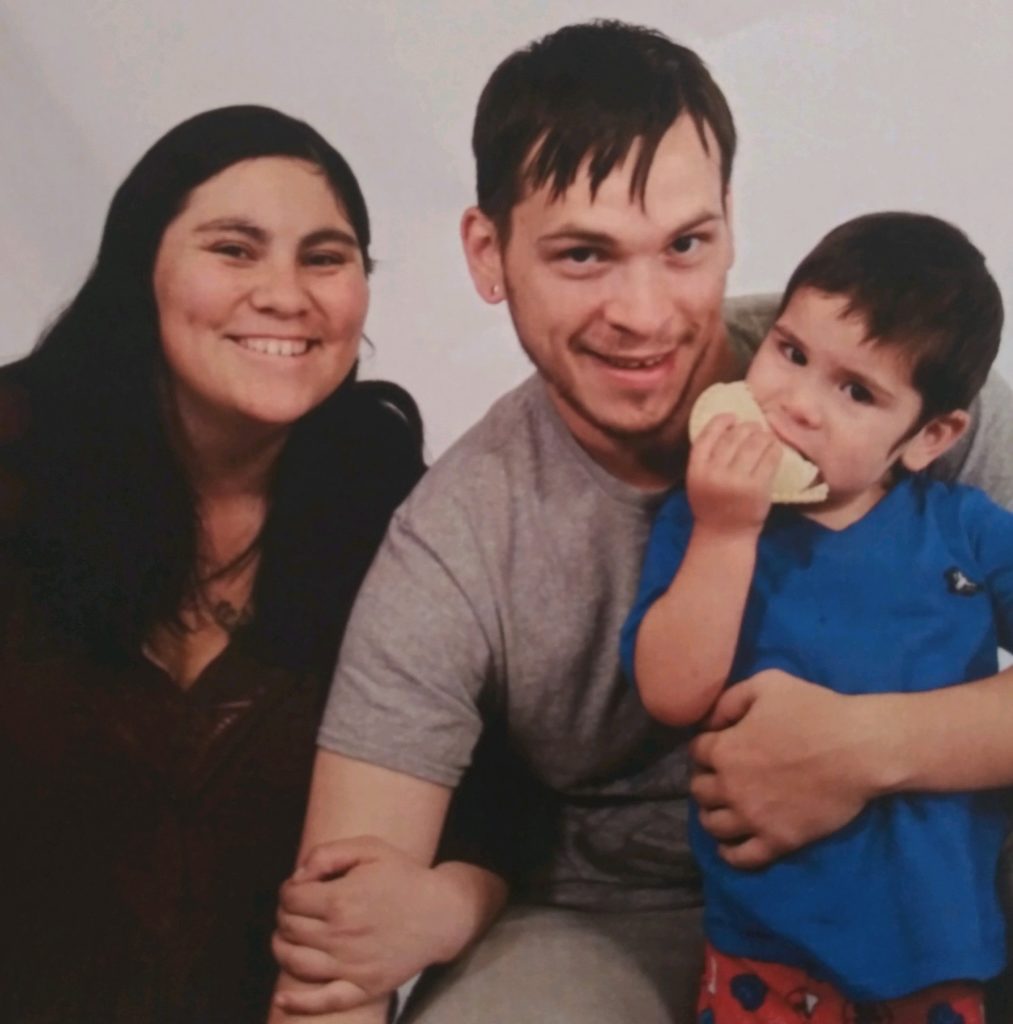 Elijah is a Youth Leader with NMCAN.  He was in and out of foster care from the age of 12 until he aged out at 18.  Originally from Orlando, Florida, Elijah has lived in many states, but has been in New Mexico for a number of years and has built community and connections here.  He recently earned his GED and is finishing a trade program at Central New Mexico Community College. He is happily married with a two-year old son and enjoys playing video games.

Monica is from Roswell, NM and is a mother of three. She was in foster care for four years until she aged out at 18. Monica has a desire to improve the foster care system and has recently begun speaking publicly about her experiences in care and as a successfully reunified parent. She is also a member of the Family Representation Task Force. It is important to Monica that quality resources and supports are available to families and young people in New Mexico’s rural communities.